During the past weeks I have spent about 2 hours per week on mentorship sessions with various developers from the Devz Community. I am really thankful for everyone that chose me among all the mentors, and I took notes on most of the questions.

I immediately found frequently asked questions for all the topics that I listed, so I decided to write a blog post with them. In the future I plan to update this post with more questions as they come.

I Feel I Am Programming Less And Less [As A Tech Lead], Is This Normal?

Yes. Technical leaders are moving to a path where you are no longer just producing software i.e. an individual contributor. This is probably the most asked question regarding transition from senior developers to tech leads.

What’s important here is a bit of time management skills. I suggest having a balanced schedule allowing new tech leads to still program while considering the other skills required. Here is an ideal example:

A good reference for this kind of transition for me has been the work of Patrick Kua on the topic. Here is the most influential talk I could find for this.

What Skills Do I Need to Be A Tech Lead?

I think there are fundamentally 4 skills that you need to develop:

I Want To Keep Coding But Grow My Career. Is There A Way To Do That?

I think this entirely depends on your organization. If the only path for growth to happen is go into management, probably it will conflict with this particular interest of yours.

I have experienced this myself and usually Tech Leader positions conflict with time spent programming. If your particular organization has technical paths (such as Principal Engineer) you can try to move into that direction, but most companies do not have such paths.

You can always trailblaze the path by communicating clearly with your managers the pursuit of such goal. Some companies can accommodate you but others have different priorities thus they will conflict with yours.

As An Architect, Should I Still Develop Software?

Yes. Undoubtedly you don’t want to become the proverbial Ivory Tower Architect. If you detach from programming completely, most probably your solutions will also be detached from the code teams produce and thus it becomes counterproductive because developers will be forced to retrofit your solution instead of fit it more organically.

What Coding Tasks An Architect Should Focus On?

I think this approach has the best results overall because it proofs that your architecture guidelines and implementations fit into the software other teams are developing.

How Can I Know If My Architecture Is Successful?

Fitness Functions can be used to measure architecture goals. They also can be used to drive evolution to certain parts of the overall system once you know what to aim to.

An example of this is a fitness function that returns either the time, or the number of commits between your production code and the latest commit in your development environments. This function will let you know if you are properly applying Continuous Delivery.

Another example is Dependency drift fitness function. It allows you to understand the Drift between microservices regarding libraries and dependencies which can be interpreted as an indicator of stagnation/ossification of services.

What’s The Point Of Microservices?

This is a tough question, but I usually focus on these points that work well with the evolution analogy:

Do You Think We Are Ready To Adopt Microservices?

If you use Conway’s law to your favor, service-based architectures can help move faster, but without organizational perspective it usually works against the adoption.

What Are The Most Common Questions You Are Asked During Interviews?

After quite a bit of interviews I have seen common questions and follow-ups:

What is SRE? Software Reliability Engineering is kind of defined as:

One could view DevOps as a generalization of several core SRE principles to a wider range of organizations, management structures, and personnel. One could equivalently view SRE as a specific implementation of DevOps with some idiosyncratic extensions.

Per Google’s own book on the matter.

I Want To Transition To A “DevOps”/SRE Position. What Should I Study?

If you are targeting sysadmin positions, they probably will overlap with the previous points but also require the following: 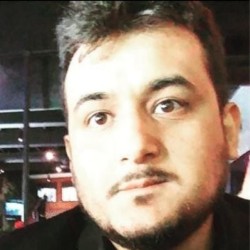 In retrospect, I can say that I have worked on only one software development project that was successful. Only once have I tasted the victory